Altar of the Forgotten Ones

The ground around the Altar is soaked with blood of champions who seek to claim it for the glory of their race. Capture the Altar, and it will grant special bonuses to humans or demons..

Enable the “Other” map filter to find Altar of the Forgotten Ones on the map.

You will begin capturing the altar as soon as your character approaches it. An indicator on the right hand side of the screen will display your progress.

As long as a human or a demon stay close to the Altar, the influence of their faction increases. Both factions can influence the Altar at the same time, but neither side is going to make progress unless they outnumber characters from the other faction. 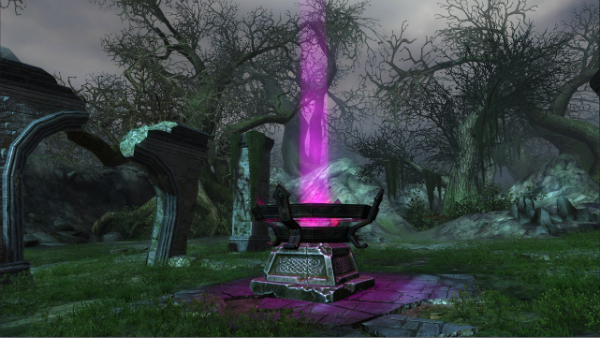 As long as Altar of the Forgotten Ones remains captured, the controlling faction receives the following bonuses: The bonuses work only in the Forgotten Lands.

Once captured, the Altar cannot be retaken for the next hour. After one hour the Altar resets, leaves faction control and stops providing bonuses.

The vicinity of the Altar is considered to be a PvP zone even on PvE servers. All characters will be flagged for PvP combat as soon as they approach it.

The time of great battles is at hand!