It will take approximately 600 hours in total to make a complete journey through the story of political deceit, war atrocities and wile treachery carried out by four playable races. What lies further is a high-level PvP gameplay built mainly around large-scale castle sieges occurring hither and yon in the tumultuous world of Sphere. There is a number of game modes tailored for advanced players such as, for instance, global quests often requiring a party of adventurers bold enough to rummage through the enemy territories. Players are allowed to face each other in battle on almost every bit of Sphere 3 virtual land, sometimes including starting areas. Unfettered freedom of action and novice-friendly features can both be found in the game’s new non-target (a player is in full control of aiming) combat system.

Boisterously active on the outside, paralyzed by ominous premonitions from within, good people of Olannor spend two long months in firm hold of confusion and uncertainty. Nigwan Gracewood, an heir to the King’s councilor, remained missing after fruitless search resulting in absence of even the slightest hint on the young man’s whereabouts...

And now, after two months since the day of the noble youth’s disappearance, a strange, uncanny embassy arrives to the gates of the human capital city. Elves together with demons. Who could have imagined such an alliance possible? It has been no more than two hundred years since the bloodbath on the Fields of Eternal Wrath marked the beginning of the Third Spin of Sphere. No more than two centuries since humans, elves and dwarfs along with their respective deities united as one to ban Vagrot of Thousand Faces from inhabited planes of creation. The ground itself has barely managed to absorb the rivers of blood spilled on that day, yet once again demons freely roam the land. What is more surprising is that this time they are supported by elves, the closest kin to the Ancients themselves, a folk commonly considered the most enlightened among the races of Sphere. Arcane rituals performed in the Temple of Blood Moon and blind ambition to rise above others have driven elves into corruption. Evil and treachery incarnate came by the gates of Olannor carrying a crate ridden with intricate carvings and meant as a present for king Ekhmar II. Deaf to the protests voiced by his honor guard, the king is adamant about granting the ambassadors an audience: fear is not an option for the human leader. Having the formalities skipped, demons and elves unlock the crate and extract a head. Although severely mutilated, with blood-dripping pits replacing the eyes, the face of the kingdom’s darling, Nigwan Gracewood, can be clearly recognized. It starts to speak in a voice of roaring furnace which can only belong to Vagrot of Thousand Faces. The voice promises total extinction and proclaims the war on the Alliance of Basalt and Steel uniting humans and dwarfs on the behalf of the Dark League of demons and elves. The king takes a personal pleasure at beheading the damned embassy. Heads of demons and elves are sent directly to Brionfall, a new bastion of darkness. Attached is a message with short and matter-of-factly stated promise of inevitable retribution. In a week’s span the Snake and the Crow demonic legions seize the first borderland area. As long as Sphere spins, each new turn is be marked with new challenges to face, but this time something is wrong, for never in history of creation the clouds were so dark and the Enemy so likely to prevail.

Bringing back the legend: Sphere 3 team speaks in length on creative conundrums, both solved and expecting to be solved, gives insight into ideas, both implemented and awaiting to be incorporated in the game, and reveals an avenue the development process will take further on.

When did you start to work on Sphere 3?

Insofar as planning and conceptualizing can be dimmed as a part of development process, we took off in June 2010. Though back then the project didn’t bear its current name. Sphere 3: Enchanted World emerged much later, after we had tried out a number of different concepts...

What can you tell about an engine in the core of the game?

We based Sphere 3 on our new own-developed engine. Our firm resolution to opt for large-scale castle sieges as a central gameplay feature forced us to seek after some golden mean between visuals and performance under minimum possible system requirements. As a result, Sphere 3 is fairly pleasing to the eye and can be run even on vastly outdated PCs. Pixel shading, various post effects, new technology to build smooth landscapes, improved physics engine and script system are among the technical advancements which distinguish Sphere 3 from its predecessor. Though optimizing the game for smooth performance on low-grade systems and under condition of massive PvP action inevitably laid some limitations. And those we readily accepted, for a player’s comfort is our top priority.

What was the most challenging part of your work, how did you manage?

The biggest headache was targeting system. We wanted to preserve a first person view, well-recognizable and, obviously, expected by fans of the original Sphere. But at the time there was clear intention to bring something new in this department. That is where sectorial and spherical attacks come from. In our endeavor to combine clarity and dynamics required by novice players with depth and tactical diversity we often started from scratch. The same can be said of the game’s main attractions: Castle sieges and quest system. A lot of work remains to be done, but we are pleased with what we achieved so far.

Why did you choose not to carry on with the original Sphere storyline?

Plot was definitely a strong feature of the first Sphere and, although it may sound strange, there is a downside to it, namely, is that we would be restricted in certain ways of story development. It would be impossible to bring original title aficionados at ease with the fact that now there are three new races in people-predominant universe they used to. Not without some complicated scholastic reasoning, at least. Besides, we have new screen writer this time, a well-known Russian-speaking author Alexander Zorich, who came up with a plethora of new ideas. Currently the game’s setting is by no means less detailed than that of its prequel: Cosmology, religion, political institutions, history of military and cultural affairs are already completed.

Was there a possibility that we could see a completely different game under the same name? What about the ideas you have spurned?

Making a classical target MMORPG out of Sphere is the most radical idea which did not survive in the end. But hell it struggled for survival! We were tantalized to simplify the gameplay, to make it more generic in order to appeal to wider audience of casual users. What precluded us from jumping into this opportunity is a simple fact that the game would completely lose its Sphere identity. Preserving the spirit of original title is our definitive criteria in accepting or brushing aside any new idea.

Do the Sphere veterans have a say in your work?

We enjoyed some feedback from the old fans even when the information on the very fact that Sphere 3 is in development was restricted to our own office. It is just that Sphere vets, including the developers of the original title, are often to be found in our midst. Most of the vets got their personal CBT invitations just as soon as we announced the game. The insights their provide are invaluable and sometimes directly affect our decisions.

What are your priorities in further development of the game?

The overall value of castles as the game’s primary feature will definitely go up. In the nearest future castles will be retrofitted with dungeons and teleports. Achievements, battlegrounds and personal loot-gathering pets are waiting for their turn as well. Soon players will be able to paint their equipment, wear masks and spruce their characters with more decorative items. We are also polishing a new crafting system, to which we deliberately allocate some considerable resources.

What strategy will you apply in updating the game? Are there any big portions of new content, a new playable race perhaps, to be expected?

It’s not a secret that dwarfs and elves will soon join the battle. Sure, there will be epic updates, but those we are going to complement with less sweeping additions and improvements so as not to bore users with long waiting. Due to heavy emphasis on PvP we made in Sphere 3, our constant efforts will be addressed to various balance issues. 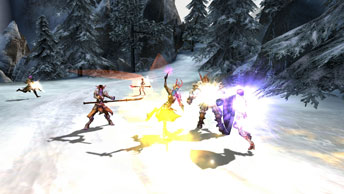 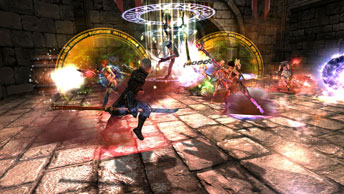 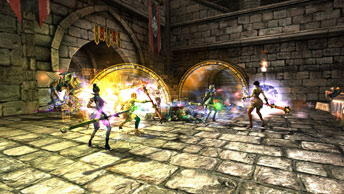 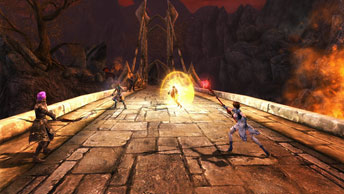 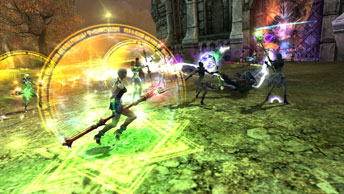 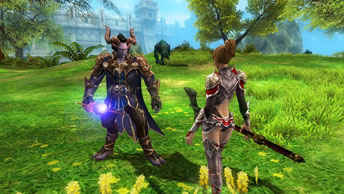 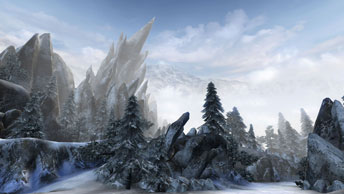 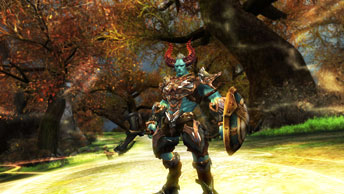 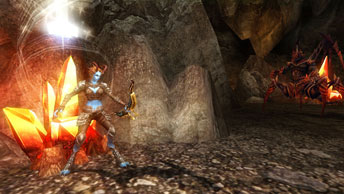 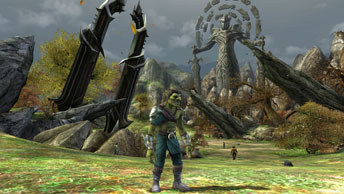 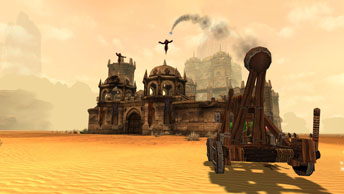 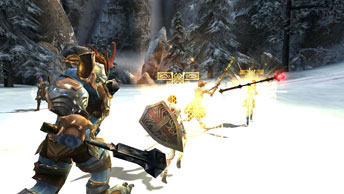 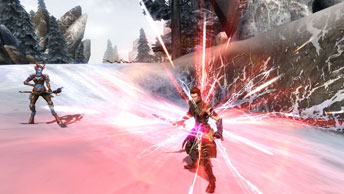 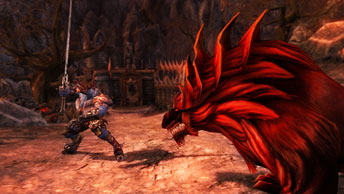 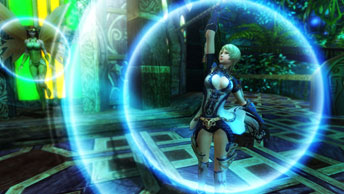 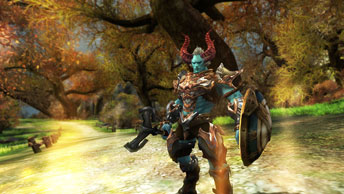 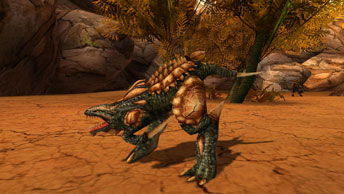 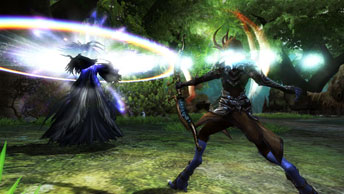 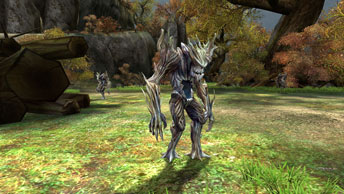 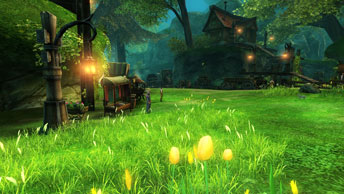 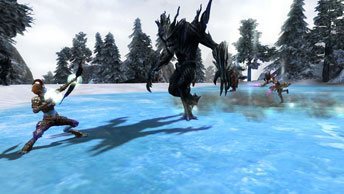 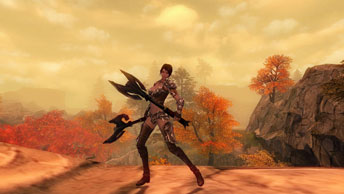 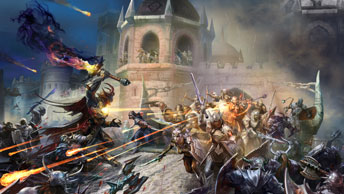 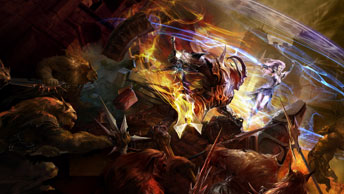 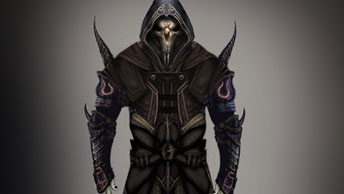 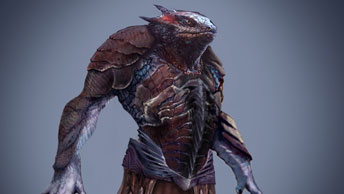 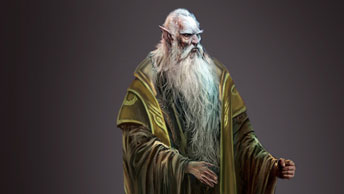 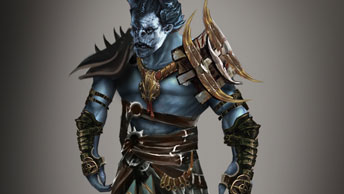 All the projects are presented on the popular entertainment web-portal GameXP which provides more than 12 million users with its convenient services for registration, authorization and communication.

NIKITA ONLINE offices are located in Moscow and Rostov-on-Don.

Studio 61, founded in 1997, is one of the leading Russian computer games developers. Its portfolio includes titles like The Sixth Dimension, Fly Hard, the first Russian client-based MMORPG Sphere, the life simulator Avatarika, The Panic Room: Outrage etc. Studio 61 based in Rostov-on-Don is a part of NIKITA ONLINE. For more information, please, head to www.61studio.ru.

If Sphere 3: Enchanted World picked your interest but this press kit fell short to provide you with comprehensive information or if you would like to communicate with the men behind the game directly, please don’t hesitate to contact us!